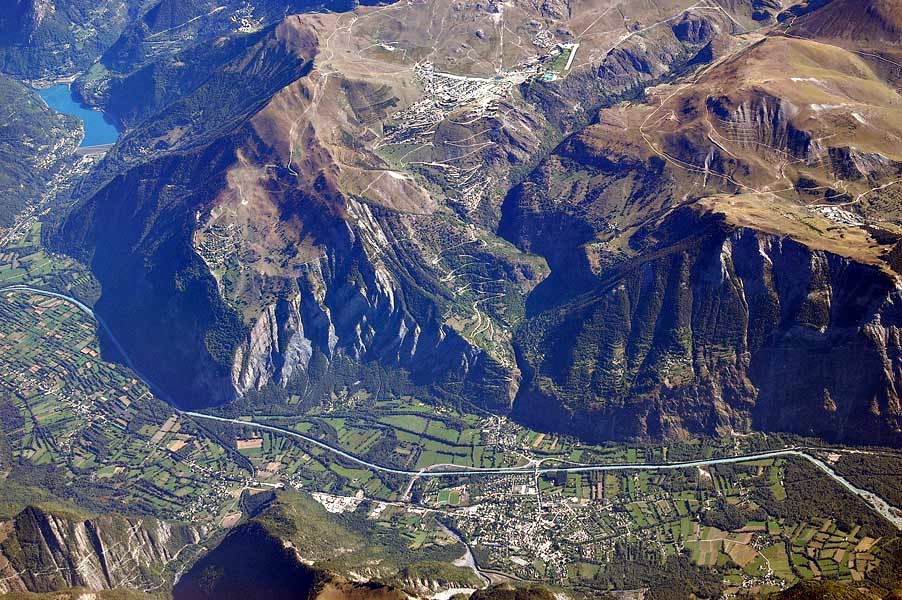 Quick blast to Kaimes Road this evening, getting back at 9.30pm by which time it was dark, eek! The seasons are changing …

This time, I climbed, descended then climbed again with no rests (apart from the time spent descending). First two climbs were seated in 2nd gear. Next climb I did entirely out of the saddle. It felt weird because it was so much easier to turn the pedals – but at the cost of increased heartrate. I finished up with one final climb in my lowest gear, sprinting up the last bit. All in all, four climbs for a total of nearly 300m ascent. It takes me about 5 minutes to go up, and 1:30 to descend.

My plan was to try to find a ‘sustainable’ heart-rate that I felt I could keep up for a long time. However, my Nexus-hubbed city bike is geared such that, on Kaimes Rd, it’s hard to keep at a reasonable pedalling cadence without being over 160bpm. Hopefully the bike I’m hiring in France will have a few more low gears …

To put this all into perspective, watch the Tour de France on Alpe d’Huez. At 3:00 the peloton hits the start of the climb, a gradient of 10%. It takes them until 5:20 to reach the first corner. That’s roughly one Kaimes Rd right there – just over 700m on the road, 70m ascent. Cadel Evans, who’s been riding the Tour for weeks and has just done two huge climbs already that day, does it in 2m20s. I do the same climb in just under 5 minutes.

Back of envelope calculation time. If I sustained my 4x Kaimes Rd pace all the way up Alpe d’Huez (unrealistic) then it would take me 1h 15mins. The web makes it sounds like “serious” amateurs treat an hour as the target for glory. Lance Armstrong did it in ~40 minutes during a time trial. But this is all useful info. I know that for rides over an hour, I need to take on extra liquid/energy otherwise my energy levels collapse. Psychologically, I’d rather expect to be climbing for two hours and then be pleasantly surprised, rather than plan for shorter and get a nasty surprise.

Today, Glentress. Sprinty-sprint up the uphills, slightly circumspect on the downhills. Managed to get the bike sideways for a big slide on the first SpookyWood switchback, but held it. The slide lasted long enough for me to think “hey, glad I put kneepads on today in case this gets away from me”. Loved the resurfaced right-hander which used to be a braking-rut disaster – rather more like an autobahn now. Rode “Berm Baby Berm” for the first time – nice, but I’d skitter out a bit wide, and then get wider and wider. Possibly I had my tyres pumped up too much. I meant to let up bit of air out of them at the top of the climb, but after Geoff’s four (I think) punctures I left them well alone.

Alpe d’Huez is a month away.

I found a map of climbs in West Lothian and headed out to try a few. I headed south from Linlithgow on Preston Road which rises up in a straight line as it leaves town, leading into a few turns before you reach the top – good warmup material. The road rolled up and down for a while until I peeled off to climb a nice steep looking hill called Cairnapple. It was ‘proper steep’ – lowest gear, standing on pedals as the tarmac surged upwards like a wall. Around the back side of the hill was a valley – steep down, then another similarly steep up. I carried on towards civilisation, ending up in Boghall. Turning round to retrace my steps meant climbing “Puir Wife’s Brae” – a severe uphill slog, part of which is at 14%.

All in all, a pretty good day of climbing and lots more hills to explore in the future. The day came to an unfortunate end when I came across a crashed cyclist on the way down towards Linlithgow – conscious but clearly suffered a high-speed fall. An ambulance and paramedics came, gave him oxygen and morphine and I could see he’d broken his clavicle (my area of expertise) and possibly ribs too. So, a sobering end to an otherwise fun day.

Saturday: Tyndrum to Glencoe, 30 miles against a 10mph headwind. 100m climb out of Tyndrum, 200m up Rannoch Moor and 75m up Glencoe. Headwinds are a pain, but good mind-training. The climb to Rannoch Moor felt a lot easier than the last time I did it, and I don’t think I ever used my lowest gear.

Sunday: Bealach na Craige (Aberfeldy), 319m ascent in 6.4km, averaging 5% with a 7% and 8% sections. It felt fine. I had a tailwind which helped the climb, but not my cooling systems – I was pouring water over my head to cool down.

So now I know I can do short steep slopes, and moderate moderate slopes. Now I need to find some long steep ones. This page has a road up Falkland Hill which is 10% for 2.2km – like the start of Alpe d’Huez, so that’s kinda useful. And then there’s Applecross, which looks more and more like a target …

Last weekend, I did a loop out to Dalmeny Estate and managed to power up ‘the big hill’ without fading for the first time in my life. Midweek, I was climbing on Salisbury Crags, so did a sneaky wee two laps on my bike since I was there anyway albeit with about 5kg of stuff in my panniers. Today I dodged the rain to do a 10 mile fast-and-flap loop out to Portobello. Then, after watching the TdF, I went up to do one lap of Arthurs Seat on my city bike – 11m48s.

I feel I’ve got a decent hill-climbing base now, so I’m mixing in some longer rides to boost stamina. I still haven’t managed to get up north to seek out bigger hills yet. Time is running short too … 6 weeks to go before I’ll be in France.

Look at me talking when there’s science to be done.

This evening, I tried the Arthurs Seat loop on my mountain bike rather than my usual city bike. The mountain bike is much lighter, but the tyres have more rolling resistance. I was hoping that the weight reduction would see me fly up the hill fast enough to compensate for the drag0reduced top-speed. But I didn’t know whether the tradeoff would be worth it.

So, after powering up and down the hill, I was pleased to to see that I’d broken the twelve minute barrier for the first time – 11:44 for one lap. No idea what my heartrate was, because I’ve misplaced my monitor, boo. But twelve minutes is significant because it means that a “5 laps in one hour” target isn’t too far off.

But when I got home and looked at the GPX trail, I got a surprise. My climb been a whole minute *slower* than my previous ride. But the descent was 1m20s faster. Not sure what happened on the way up. The gearing is all different, and maybe without the HRM I wasn’t pushing as hard as I could’ve?

It’s not a huge surprise that the descent was faster. On the last ride I took the cycle path, whereas this time I had a clear run on the road. I also pushed 30mph the whole way, thanks to the big gears I have on the MTB. On the city bike, my nexus hub runs out of ratios and I have to freewheel part of the way. Either way, it looks like drag wasn’t a big deal. The Panaracer Razer tyres I have on the MTB are pretty quick too.

It’s not that long ago that this kind of analysis would’ve been the preserve of olympic athletes. I think it’s great that you can do it all yourself now with a low-end phone! You can even play ‘what if’: if you stitch together the climb I did last time with the descent I did tonight, you’d get a lap of 10m44s.

Now, where did that cake go?

Reluctantly dragged myself out for a quick ride tonight – rainy, tired, generally fed up. So I optimized for time and went for just one flat-out lap of Arthurs Seat. Normally I try to keep my heartrate below 160, but today I was up at 167 or so. Result: climb completed 10% faster than last time. On the way down, the roundabout was busy so I hopped onto the cyclepath rather than the road, but then regretted it .. the road is much faster. Still, I got round in 12m30s which is better than the 13m15s I averaged last time out.

A few more rides recently. At the weekend, I did Kaimes Road twice and also Clermiston Road (both directions). Somehow, Clermiston Road looks more intimidating, but my gpx trail shows it’s a lot easier … maybe the kinks in Kaimes Road hides the true extent of the climb from you.

This evening, I revisited Arthurs Seat for the first time since training on Kaimes Road. Four times round in 53 minutes, average 151bpm. To my surprise, the road gates close at 8.30pm which added some excitement to the last lap. However, catching sight of a guy on a singlespeed in the distance helped recover the time – he was fast and, I suspect, trying his best to not be caught. I used my heartrate monitor, which made it easy to stay within my limits. I think I probably can push a bit harder on the start of the climb, but really need to remember to dial it down when the hill gets steep.

Ho hum, I definitely need to make some concrete plans to find longer hills to train on. Long + steep + cycleable doesn’t seem to be all that common. The road south out of Aberfeldy fits the bill. Falkland hill is probably worthwhile too, and nearer.

Today, four times up Kaimes Road. A total ascent of 280m = 1/4 of an Alpe D’huez. First and last climbs were in my lowest gear, and the middle two were in my second gear. I managed okay in second gear, but didn’t feel like pushing much beyond that. First gear is a fairly straightforward spin. Practising climbing in higher gears makes sense from a training point of view, but the reason I tried it out was to show some solidarity with Frank who joined me on the first two climbs … on his singlespeed mountain bike. He’s completely mad, in an impressive kind of a way.